Toyota Sienna for Vanlife: 13 Reasons Why It’s the Best

Considering the Toyota Sienna for Vanlife?

But how does it stack up against other popular Minivan models like the Dodge Caravan, Kia Sedona, & Honda Odyssey?

The Sienna is reliable, stealthy, & easy to drive – but is it the best option for vanlife?

Here are 13 reasons why vanlifers like the Toyota Sienna:

As with every vehicle, there are downsides to the Toyota Sienna.

Here are 5 reasons why vanlifers dislike the Sienna:

With a 60.5 inch interior cargo length, stow-able seats, & stealthy exterior, the Toyota Sienna provides a good platform for designing a layout… but which is the best?

Here are 10 of the coolest Sienna’s ever:

Build #8: Sienna with Large Pull Out Kitchen that Seats Three

Build #3: Sienna Build Kit for One with Under-Bed Storage and Hidden Toilet

Now that you know a little more about the Toyota Sienna, let’s see how it stacks up against the Dodge Caravan, Kia Sedona, & Honda Odyssey.

Conclusion: Is the Toyota Sienna Right for you?

There are a lot of reasons to like the Sienna: It’s super reliable, excellent on gas, comes in AWD  – but it may not be for you.

Yes! If you are in the market for a minivan for vanlife, the Toyota Sienna is a fantastic option. With Toyota reliability, optional AWD, and industry leading fuel economy, the Sienna stacks up nicely against the Dodge Caravan, Kia Sedona, & Honda Odyssey. 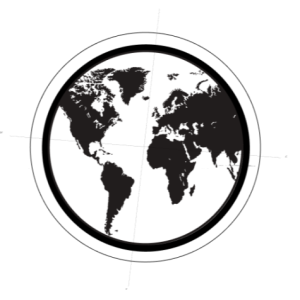 Considering a Step Van Conversion for Vanlife? With tons of interior space and affordable pricing, step vans are a good option.

Considering a School Bus Conversion for Vanlife? With their huge interiors, great online community, and complete customizability, skoolies are a

Considering an Ambulance Camper Conversion for Vanlife? With their affordability, robust structure, and ample storage, ambulances are a great option.

Considering a Box Truck Conversion for Vanlife? With their large interior space and easy customization, box trucks are a great